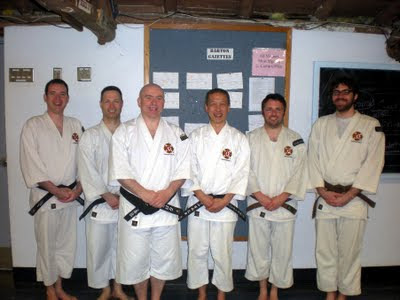 Toronto Branch members with Sakuyama-sensei
In a weekend framed by thunderstorms of truly epic proportions, five members of Toronto Branch travelled to Trumansburg, NY to take part in the 33rd annual Cornell Camp - one of the longest continually running Shorinji Kempo events in the world.

The Camp was led this year by Sakuyama-sensei of Ibaragi Takahagi Branch in Japan. The presence of Sakuyama-sensei at the event was incredible since he hails from a region of Japan devastated by the effects of the great eastern earthquake.

Sakuyama-sensei has the rare ability to simultaneously and effectively teach a wide range of skill levels (e.g. beginner to 5th dan) in such a way that all benefit equally. Indeed, the Camp began with close attention to footwork and body movement before moving on to applications.

In addition to the masterful teachings of Sakuyama-sensei, we once again enjoyed the communal spirit of the Camp - one where all members can practice the teachings of Shorinji Kempo and express them in all their activities. 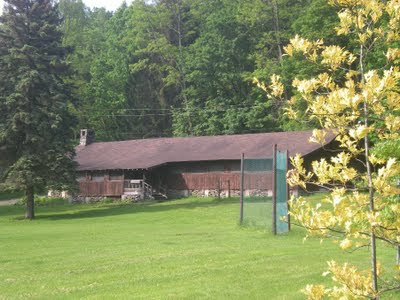 Beautiful Camp Barton - the site of Cornell Camp
We wish to thank Sakuyama-sensei and the organizers of the camp for providing such a great experience.