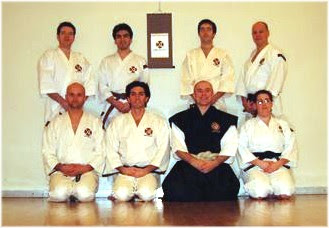 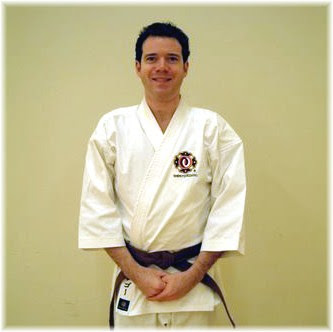 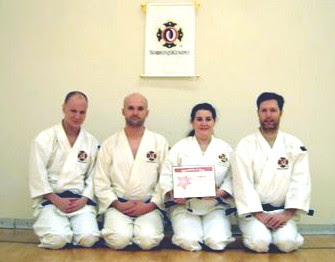 Toronto Branch recently received a STAR Award from the Centre for Addiction and Mental Health Foundation in recognition our fundraising efforts. We have raised funds for the CAMH Foundation each year since 1996 through our Annual Charity Kickathon. 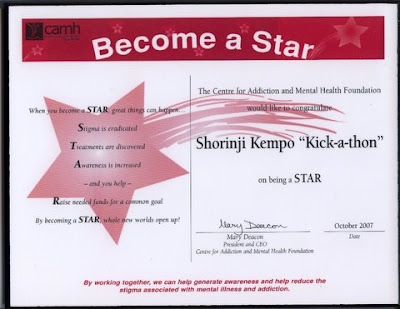 On November 15, John McCulloch of Toronto Branch had the great pleasure of being reunited with Hiate-sensei (Seihanshi, 7th dan) at his dojo - Atsugi Doin in Kanagawa-ken, Japan. Hiate-sensei is the founder of Atsugi Doin and has taught there steadfastly for the past 35 years. Hiate-sensei is also a Hombu and WSKO Instructor and has become quite well known to kenshi in Europe and North America as well as Japan.

John had the good fortune to study under Hiate-sensei at Atsugi Doin in the summer of 1985. Since that time the bond of friendship between them has grown ever deeper and our Branches are closely linked.

Here are some scenes of the visit:

Hiate-sensei and the members of Atsugi Doin - thank you very much for your hospitality and kindness.

John McCulloch
Posted by SKTO at 11:46 PM No comments:

Over 40 kenshi from all the Ontario Branches were represented at the event (Toronto, North York, Huronia and Yorkville). 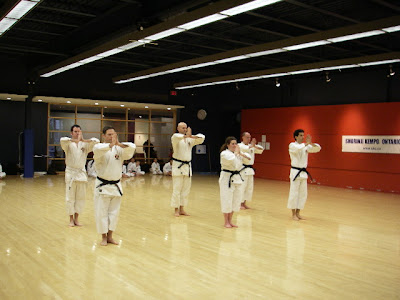 Toronto Branch members participated in the event in a variety of ways: 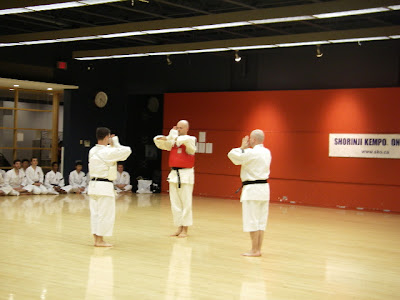 Congratulations are due to the following Toronto Branch members for their successes:

A full report on the event is posted here on the WSKO website.

We wish to thank the members of North York Branch for their wonderful organization and hosting of the event. 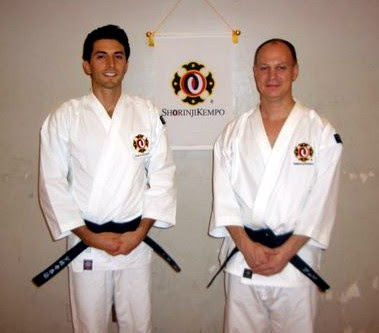 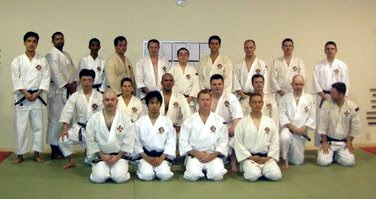 Members of the four Shorinji Kempo Ontario Branches gathered at the Hiryukan Aikido Dojo in Barrie on August 25 for a godorenshu focusing on embu.

The godorenshu was led by Thomas Fontaine-sensei, Branch Master of Huronia Branch.

We are grateful to Fontaine-sensei and the members of Huronia Branch for being such kind and considerate hosts.

Some pictures of the event are posted below. 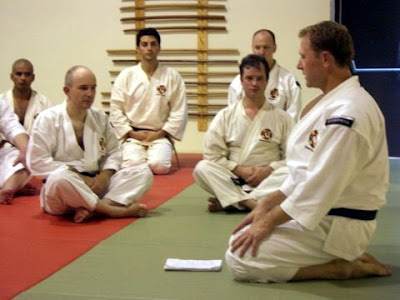 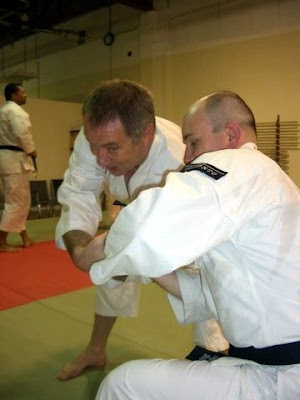 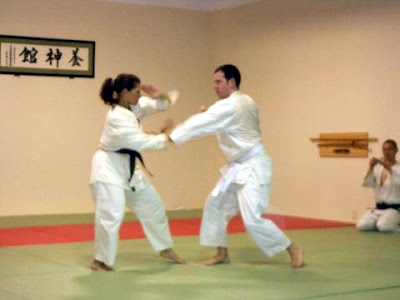 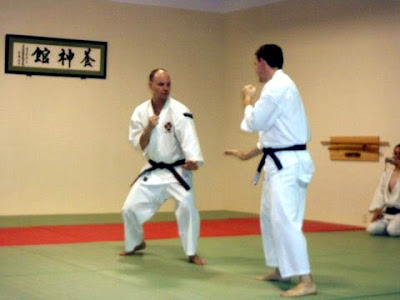 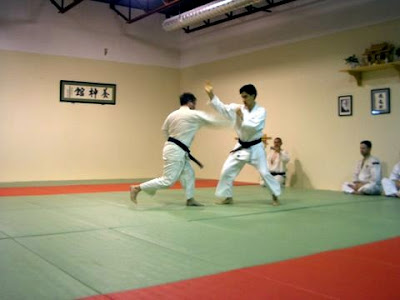 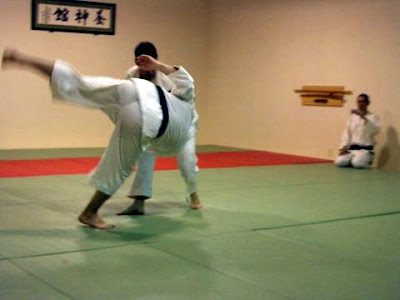 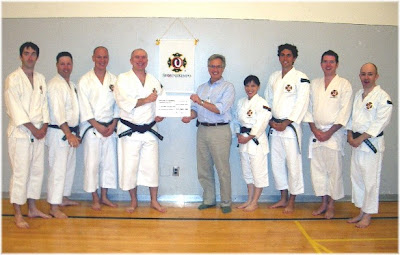 The funds were raised in our 12th annual charity Kickathon event. 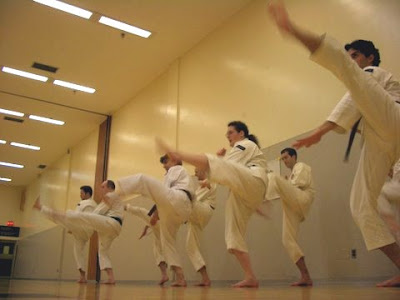 On the evening of May 23, 2007, Shorinji Kempo Toronto Branch held its annual charity Kickathon event in aid of the CAMH Foundation. Thanks to our many generous sponsors we were able to raise $5,500 for this cause. 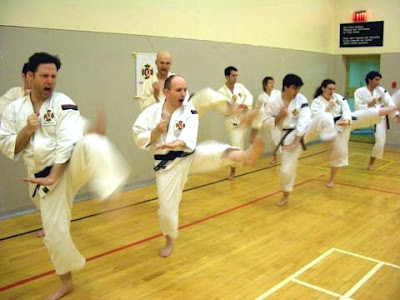 The funds we raise are earmarked for use in supporting programs to assist drug addicts recover from their addiction as well as basic research into the causes of drug addiction.

Shorinji Kempo was established by Kaiso So Doshin-sensei in 1947 with the goal of helping people realize their true potential and make valuable contributions to society. Drug addiction is a catastrophic condition for those that suffer from it (and their friends and family) and through this event we sincerely hope that we can help at least one person rediscover the joy and beauty of life. 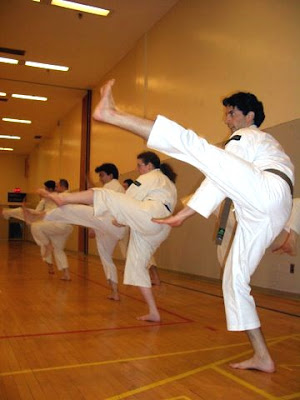 We wish to thank our kind sponsors for their wonderful support and also the dedicated staff of CAMH who make miracles happen every day. 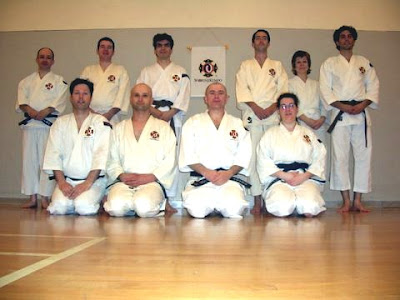 On the weekend of May 26-28th, the 29th Annual Cornell Shorinji Kempo Camp (Gasshuku) was held in Camp Barton Trumansburg, NY. Sakuyama Sensei (Ibaragi Takahagi Doin, Japan) once again led the training session where Kenshi from USA, Canada and Japan participated in this yearly tradition that has become a training staple for the north-east region branches of North America. 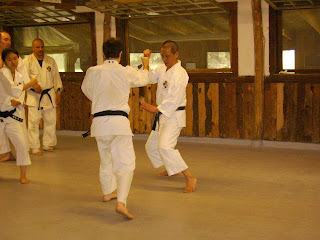 Four Kenshi from Toronto Branch attended this year; it was the first time for all of them at Cornell. 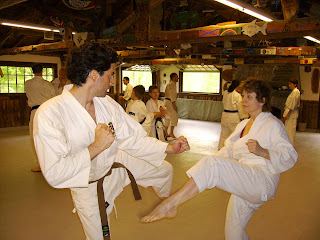 Sakuyama Sensei, after very fun but strenuous warm up and Kihon, focused on the importance of listening to and studying our bodies when in movement. He made emphasis on how each and every Kenshi must study his/her body when executing a technique, meaning analyzing how the body moves and balance shifts, finding which muscles are actually leading the motion and most important of all, where “our” centre is located throughout the technique.

All 4 Toronto Branch kenshi, Elisabeth, Robert, Kevin and Eduardo, found Sakuyama Sensei to be a real inspiration to continue training and practicing Shorinji Kempo as well as having enjoyed very much meeting Kenshi from all over America and Japan who indeed are great examples of how Shorinji Kempo brings the best qualities out of every individual. 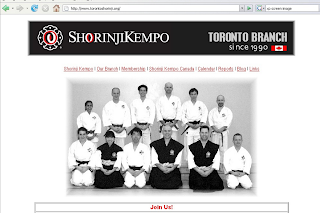 The Toronto Branch website (www.torontoshorinji.org) has undergone an update with the addition of the official Shorinji Kempo logotype and So-en symbol.

Our blog has been spruced up too.