We are pleased to report that Toronto Branch kenshi have been successful in recent examinations. 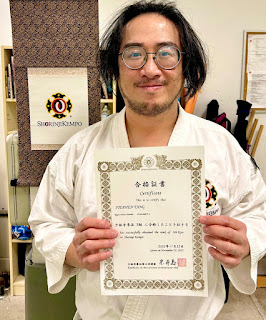 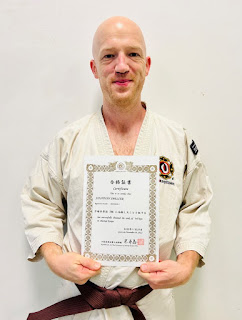 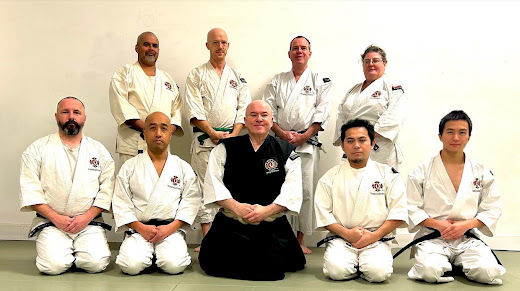 We wish you a Happy New Year!

Here are some pictures from our 2022 Closing Ceremony (final practice of the year). 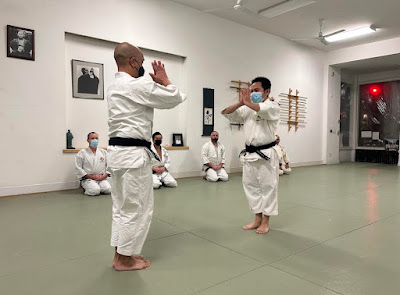 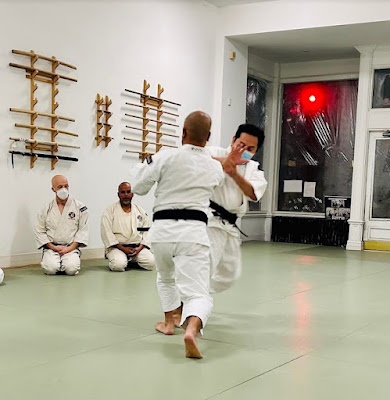 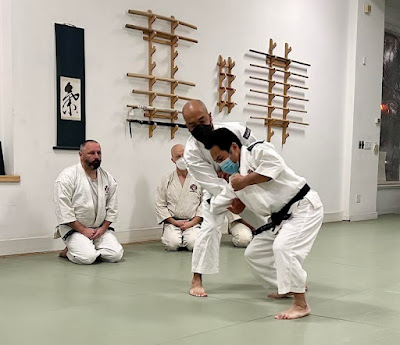 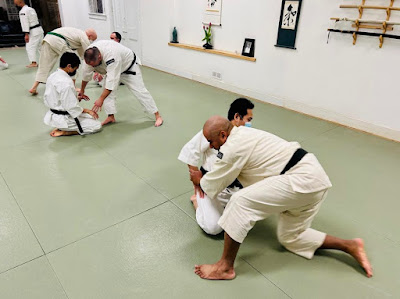 We are delighted to announce that Toronto kenshi Brian and Christian successfully passed their examination for the rank of Chukenshi 3rd dan on August 23, 2022.

Many thanks to Oka-sensei (Montreal Branch) for being an examiner and Tal and Kevin for assisting with the grading. 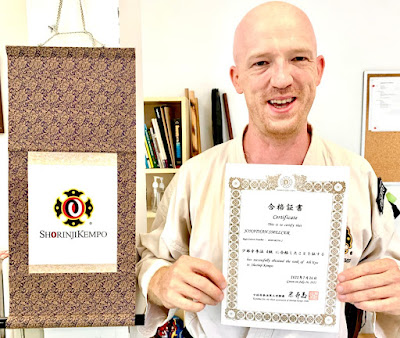 Another kyu victory for Jonathan! He successfully passed his examination for 4th kyu on 26 July.

The Doin-cho of Atsugi Doin is Hiate sensei, 8th Dan. His great efforts in founding and leading Atsugi Doin for so many years are truly astonishing, particularly considering his roles in managing other branches (including Tokai University Branch, Atsugi Tamagawa Juniors Branch), teaching at Busen throughout Japan most weekends and serving as a Hombu Shidoin and examiner.

In 1985, Toronto Branch Master John McCulloch had the priviledge of studying under Hiate sensei at Tokai University Branch and Atsugi Doin. Since then, Hiate sensei has given Toronto Branch huge support and has travelled here to teach on four occasions, including two WSKO seminars.

We wish to send our heartfelt congratulations to Hiate sensei and the members of Atusgi Doin on this historic achievement! 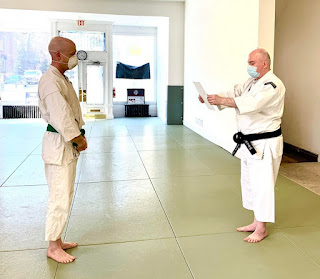 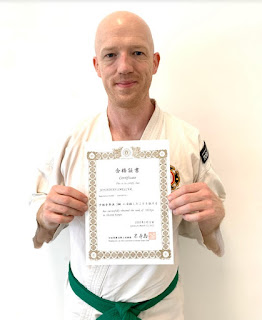 We look forward to more members advancing in the coming months. 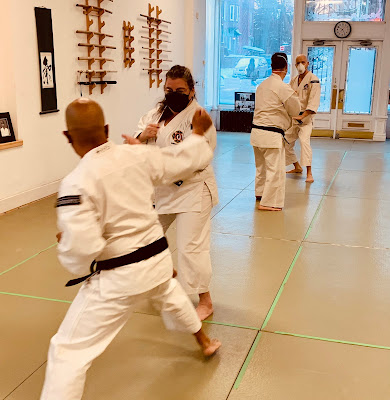 We were delighted to return to the dojo in November 2021 after a very long pandemic break.

Unfortunately, our joy turned out to be shortlived as the Omicron wave caused a shutdown of all gyms in Ontario.

Today we were back in action for the first time after relxation of the Omicron restrictions and it was a wonderful experience!

We hope that our training can now continue without interruption.