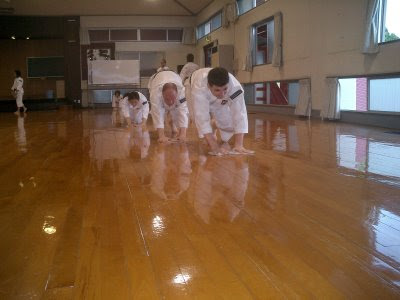 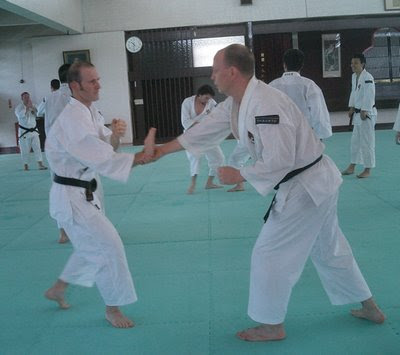 This month he is in Japan and is currently attending the Hombu Summer Training Camp (Week A). Thank you Ms. Uebayashi (WSKO) for the photos. 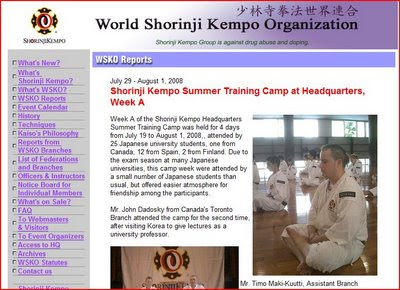 Click on the above image for official Hombu report
On July 23, John had visited the famous Rakuto Doin in Kyoto and thoroughly enjoyed his time there. He sends his deep gratitude to Morikawa sensei for his kindness and excellent instruction. 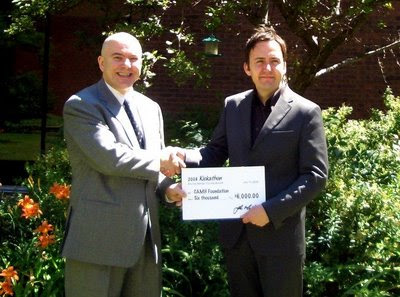 Earlier today, John McCulloch of Toronto Branch made a cheque presentation for $6,000.00 to the Centre for Addiction and Mental Health ("CAMH") Foundation. The funds were raised in our 13th Annual Kaiso Day "Kickathon."

Dean Hughes, Vice President, Community Development of the CAMH Foundation commented "over the past 13 years, Shorinji Kempo Toronto Branch has raised over $72,000 to support the work of CAMH. Above and beyond its philanthropy, Shorinji Kempo has shown great strength and courage in supporting a highly stigmatized cause. We salute the efforts of all of the members of Shorinji Kempo Toronto for their dedication not only to their practice, but to their community. Thank you!"

The members of Toronto Branch salute the dedicated staff of CAMH for their tireless efforts. We would also like to thank our many generous sponsors for continuing to support our CAMH initiative. 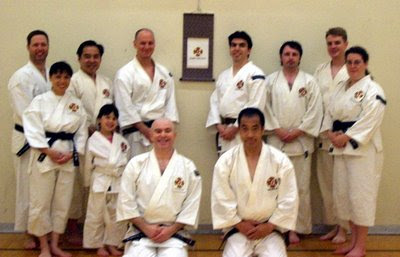 Before coming to Toronto, Ikuo was a member of Tokyo's famous Yamanote Doin and studied from Matsuda sensei there. In addition, Ikuo was well known by WSKO members around the world since he had acted as a translator during several international seminars at Shorinji Kempo Hombu.

Despite the long passage of time since he was a member at our Branch (over 10 years) it felt like only yesterday since he last trained with us. 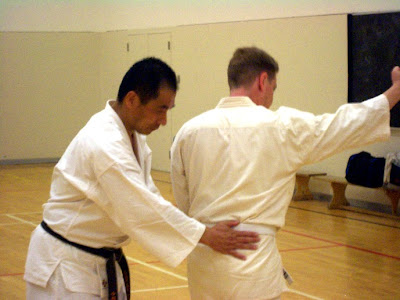 Ikuo helped share his knowledge with our members and all kenshi greatly enjoyed his warm and insightful teaching style. 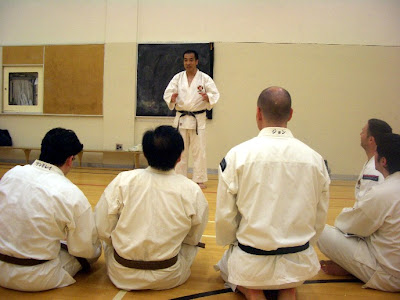 During his talk, Ikuo focussed on his experiences of learning from Kaiso at Hombu, stressed the importance of living according to the true goals of Shorinji Kempo and differentiated Shorinji Kempo from other "martial arts."

All members of Toronto Branch hope it is not too long before we have a chance meet Ikuo again.

Thank you for kindness and wisdom.