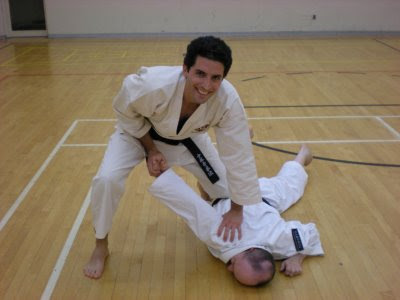 We were fortunate to have a flying visit tonight from Eduardo Bello - a Toronto Branch member who is now working in Malaysia.

He reported that his work project is very intense but is looking forward to continuing his practice with the Malaysian Federation soon.

It was great to see Eduardo again for the first time in over 6 months. 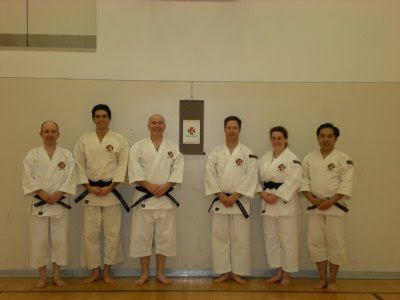 We wish him every success in Malaysia and hope to see him again soon. 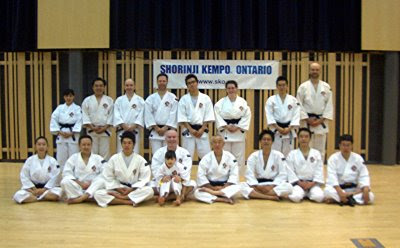 Toronto Branch members with Hiate sensei and the Kanagawa group
On the weekend of September 13-14, 2008 Hiate sensei (Seihanshi, 7th dan) led the 2008 Ontario Gasshuku at the JCCC in Toronto. A total of 55 members from Canada, USA and Japan attended the event.

Hiate sensei - a WSKO Instructor - has had a long bond of friendship with Toronto Branch and has come to teach in our city four times since 1995. 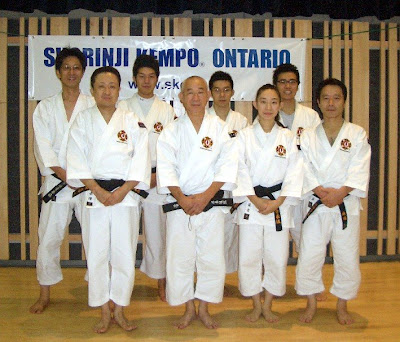 Hiate sensei and the Kanagawa Federation delegates
Toronto Branch members learned a great deal from Hiate sensei during the Gasshuku. Those kenshi who had not seen Hiate sensei before frequently commented on his incredible speed and power as well as his open and friendly demeanour. 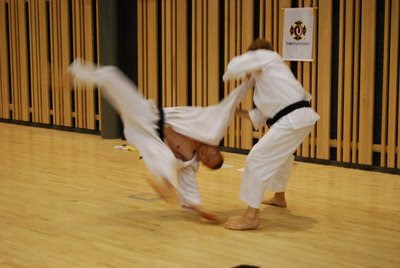 Louie sensei and Fontaine sensei
We were also able to enjoy many fun times with Hiate sensei and the other members of the Kanagawa delagation during their stay including trips to restaurants, Toronto landmarks and the Niagara Falls region.

We are tremendously grateful to Hiate sensei, Mrs. Hiate and the Kanagawa Federation members for their tremendous kindness and support. 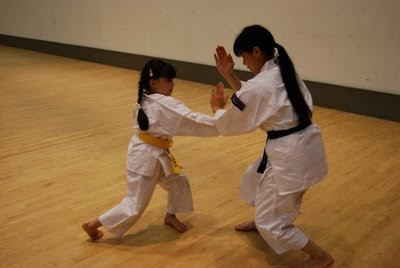 We are already looking forward to our next meeting...