Thanks to Hiate sensei (Atsugi Doin), John McCulloch of Toronto Branch has been fortunate to enjoy close ties to the Kanagawa Shorinji Kempo Federation since 1985, especially Branches in or near Atsugi City. 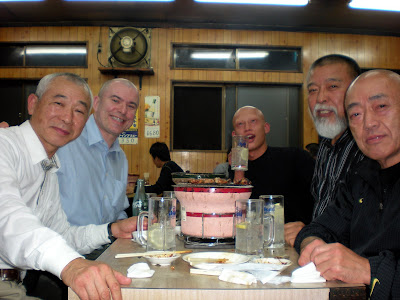 Dinner at a "guts" restaurant: L to R Hiate sensei, John, Matsui kenshi, Nakamura sensei, Hayashi sensei
During his recent visit to Japan, John was kindly hosted by Hiate sensei and his family and wishes to thank them very much for five star treatment received and for taking time from busy schedules to provide such a great experience!

During the visit there were occasions to meet with great friends including Nakamura sensei, Hayashi sensei, Morohoshi sensei, Negishi sensei, Kuramoto kenshi, Yamazaki "fireman" kenshi and Akiba kenshi - most of whom have visited Toronto Branch in the past. 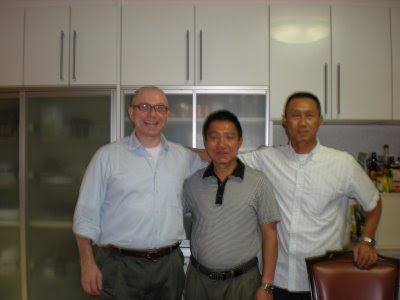